The initial construction of the New London Waterford Speedbowl began in 1950.  The land, a somewhat swampy 22 acres located on Rte 85 in Waterford, CT., was owned by a group of local businessman who comprised the original Board of Directors:  Anthony Albino, brothers Fred and Frank Benvenuti, William Hoffner, J. Lawrence Peters and Conrad Nassetta. The Benvenuti brothers’ construction company contracted the job. The BOD operated the track as the New London-Waterford Speedbowl Inc. According to John Brouwer Jr’s A Racing History of the New London Waterford Speedbowl, it took 40 men approximately 7 months to complete construction – a project, at the time, costing over $150,000.  The first event around the 1/3 mile oval was held on Sunday April 15, 1951.  That night’s feature winner was Bob Swift and the crowd was reported around 5,700 – far short of the 8,000 who showed up the week before to watch the first practice session (that highly anticipated exhibition caused a 3-hour traffic delay in all directions).

The original track surface was made of crushed stone.  However, over the first 3 weeks of operation, attendance continually dwindled due to poor spectator visibility from the dust created during the racing events.  The owners promptly closed the track and re-opened on Tuesday May 15th with asphalt now on most of the track surface.  The outer-most 12′ remained a sand strip designed to slow down cars headed for the outer retaining wall (which was made of wooden railroad ties).  The first asphalt feature winner was Stu Hellburg.    The track size has remained unchanged since, although it’s worth noting that at some point around the year 2000, the Speedbowl re-measured the track by current NASCAR guidelines and has since been declared as a 3/8 mile oval – slightly longer than the previous 1/3 mile distinction it held the previous 50 years.

The weekly racing at the New London-Waterford Speedbowl would be sanctioned by the United Stock Car Racing Club – which at the time was the most prominant auto racing organization in the northeast.  John Whitehouse was announced as the Race Director on Thursday July 12th.  The retired driver was also the current treasurer for the United organization.  Other notable members of the track staff during the inaugural season included official starter Dick Jensen and grandstand announcer James McEnany.  Races were run on Sunday afternoons to start & end the season, but from Memorial Day to Labor Day, racing was held on Wednesday and Saturday nights for the Modifieds (called Sportsman Stocks in the 1950’s). There were also open competitions scheduled throughout the season.  Main event features were 25 laps.  In late June, the Claiming Car division was introduced.  Only amateur drivers were eligible and their features were 12 laps in length.  Championship points were kept for both divisions:  the top 5 drivers in each division’s feature event received points on a 5-4-3-2-1 basis. Safety requirements were very primitive, some drivers even wore leather football helmets. It wasn’t until the following season that Whitehouse made wearing hard crash helmets mandatory.

The first ever Track Champion was Dave Humphrey of Seekonk, MA who would later become a 6-time NEMA Midget Champion and NEAR Hall of Famer.  Humphrey and fan favorite Moe Gherzi each won 7 features at the Speedbowl in 1951, with Humphrey winning the points title narrowly 215-213.  During the summer, Gherzi was injured in a midget race at another track and was briefly hospitalized.  The day he was released, he went to the Speedbowl that same night and promptly won the 25 lap feature.  The longest Sportsman Stock race of the year was a 50 lapper on Labor Day weekend won by “Wild” Bill Slater.  3-time winner Wes Kingsley won the scheduled 50 lapper on July 4th that was called after 35 due to rain.  Other notable feature winners in the first season included Don Collins, Ray Delisle and Ed Flemke. There were 20 different winners in the division throughout the year – a record that still stands today for the headlining division.  The point race was so close that Humphrey wasn’t officially declared the champion until 6 days after the season ended at the awards banquet.

There were 3 midgets races held during the season.  The American Race Drivers Club (ARDC) midgets held 2 events – a rain shortened 15-lapper in June and a 35 lap show in July  – both won by the legendary Johnny Thomson.  In late October, the American Automobile Association (AAA) midgets held a 100 lap event won by eventual AAA National Champion Art Cross.  At the time, AAA was the sanctioning body for the Indianapolis 500. Cross would go on to win Indy 500 Rookie of the Year honors the next season after finishing 5th in that event.  In qualifying for the Speedbowl’s AAA event in 1951, George Tichenor set the first time trial lap record with a 17.920 second effort – the first official lap record in Speedbowl hsitory.  In September, a 100 lap Late Model event was won by Ray Bonneau.

The Claiming Cars debuted on Wednesday June 27th.  Similar in concept to the late 60’s Daredevil division or even the original Super X-cars that began in 2001, the Claiming Cars were strictly stock cars with only the necessary safety components installed – no other modifications were allowed.  The division flourished as the season went on.  Jim Tourjee won the most features with 4 and Gordon “Chuck” Casey won the point title even though he did not win a feature event – the first of several over the track’s history with that unique distinction.  Future track champions who won features in this amateur division included Bud Matter and Charlie Webster.

The Speedbowl’s initial season was quite different to the ground pounding thunder of today’s weekly series.  There were many spectacular crashes, including numerous  barrell rolls and a couple end-over-end flips, yet despite the extremely primitive safety requirements of the time, there were no reports of competitors who were severely injured in 1951 as a result of any those accidents.  Lap times were recorded during green-to-checkered races only (overall time/# of laps) for the weekly divisions.  Average speeds for the Modifieds were approximately 55 miles per hour – roughly 20 mph slower than today’s 4-cylinder Mini Stock division. 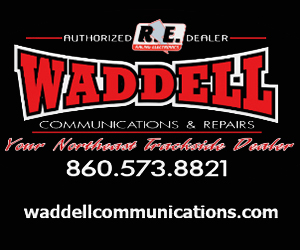