Jimmy Broderick won his second straight SK Modified track championship in 1996 in Harry Wyant’s #3 car.  Only Bob Potter (1986-1987) had done so previously in the SK Modified era (1985-present).  The 12 different SK Modified feature winners marked the 10th consecutive year that 10 or more different competitors won at least one race in the division during the season.  Todd Ceravolo won the Blast Off 96 while Broderick capped his championship run with a victory in the season ending Finale 100. For the third and final time the Gada brothers Dave, Mike and Dennis would each win an SK feature in the same season.

John Brouwer Jr, whose grandfather Jack was part of the Speedbowl ownership group in the 1960’s and early 70’s, won the Late Model track championship by a slim 4 points over 6-time champion Phil Rondeau.  Rondeau led the points going into the last race, but broke halfway through the feature.  Brouwer finished 2nd to Jay Stuart to clinch the championship. Defending champ Tom Fox who won an amazing 11 feature events to lead the division.  Rob Janovic Jr won the 50 lapper during Blast Off! weekend.  Jay Stuart won the Finale’s 100 lap LM event.

Allen Coates set the Street Stock Season Wins record in 1996, collecting the 9 feature wins.  Th previous record of 6 was set in 1989 by Allan Wohlstrom and equaled in 1995 by Ed Reed Jr.  Coates also set a division record by opening the season with 4 consecutive feature wins.  Late in the season, his point lead was so enormous that he left the division and ran a Late Model over the final weeks, and still won the Strictly Stock point championship by over 100 points.  The season’s longest race was the 50 lapper during Finale weekend and won by Ed Puleo.

The Legend Cars ran 5 events on Thursdays as part of the New England Dodge Dealers Legend Car Tour.  It began a long and successful partnership between the track and the division. The 9 event Thursday series, which ran from the 4th of July to Labor Day weekend also featured 4 and 8-cylinder Enduro classes for both men and women.

The NEMA Midgets returned once again for a 25-lapper held in June, which was won by Bobby Seymour – his second straight season with a win at Waterford.  In addition to the Saturday and Thursday series, the track also had 8 Demolition Derby Sunday events scheduled in 1996. 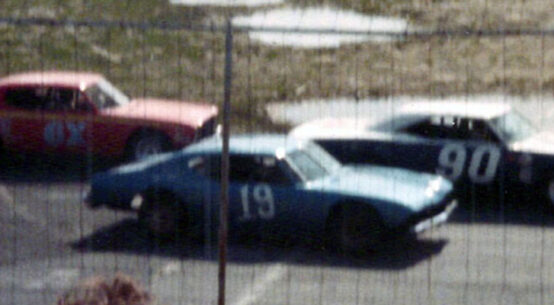 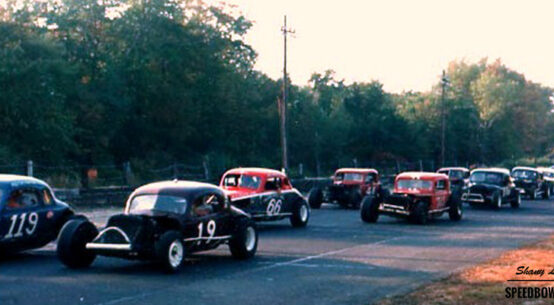