Bill Slater started out the 1960 season behind the V-8 car just as dominant as he was in 1959, winning the first 3 features of the season. However, the Connecticut Valley Rocket team then went to race at Norwood Arena, the premiere NASCAR short track in New England at the time, with a new V-8 car (they would eventually win 5 track championships at Norwood).

At the Speedbowl, Don Collins got behind the wheel of the V-8 car Slater drove in 1959 at Waterford, and went on to win 17 Sportsman events and his 3rd track championship. On June 4th, he won 3 features (two Sportsman and one Non-Ford event) a feat that remained unmatched until 2014 (Keith Rocco). With his 6 Non-Ford wins, he had 23 overall feature wins in a season, a record that stood til 2013 (also Keith Rocco). There were two 50 lap Sportsman features during the 1960 season, won by Collins and George Pendergast

In the Non-Ford division, Ted Stack won 14 features to earn his 2nd Track Championship. Collins and 3-time Champ Charlie Webster both had 6 Non-Ford victories. Stack won one of the two Non-Ford 50 lappers, Ray Moran won the other.  Stack, like Collins, was one of several competitors who raced regularly in both the Sportsman & Non-Ford divisions.  In addition to his Non-Ford season, Stack won 4 Sportsman events & finished 3rd in the Sportsman standings as well,

Newt Palm and Ed Moody dominated the Bomber division – they collectively won 75% of the races held (27 of the 36). Palm won 5 of the first 7 events, and in the middle of the season there was a stretch of 13 features where one of the two drivers won every event. Palm repeated as champion in the Maffei-Kensel #53 car with a 12 win season.  Moody had a breakout season collecting 15 wins, including the longest Bomber race of the year – a 50 lapper in October.

The July 9th show had two extraordinary happenings: Early in the day during Sportsman practice, Ray Delisle, driving the Bill Congdon #76 car, had his throttle stick and he crashed hard into the 4th turn wall where his car then burst into flames. He was able to escape but he suffered first, second & third degree burns on his face, hands and arms. He was able to recover and won a Speedbowl championship later in his career. Later that same night in the Non-Ford feature, Ted Stack lapped the entire field during his July 9th Non-Ford win.

Bill Randall & King Carpenter won the two NEMA midget events held during the year.  They were the only races other than the 3 weekly divisions to compete at the track during the 1960 season. 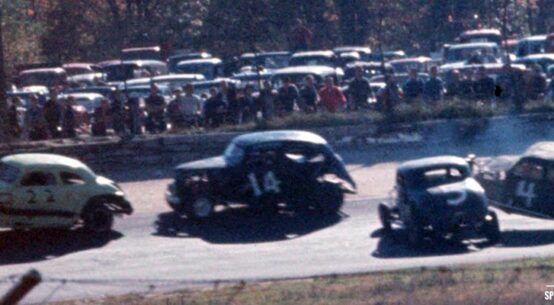 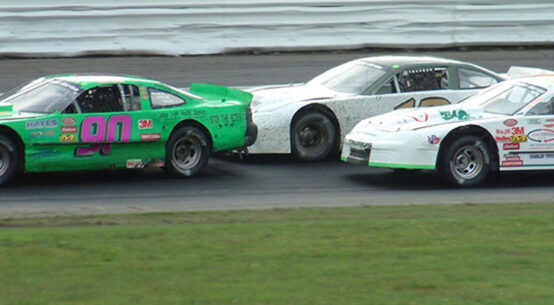