Click here for the quick-reference key to all division abbreviations

The SK Modified division originated at Stafford Motor Speedway in 1982, where they were a supporting division until 1986.  The division was created by SMS owner Jack Arute as a less-expensive alternative to the Modifieds.  In 1985, when the Arutes leased the Speedbowl from Harvey Tattersall Jr, they made their upstart division the new headlining division at the shoreline oval.  In our database, the Modified (1951-1984) and SK Modified (1985-present) divisions are considered 2 separate divisions statistically – this is largely based on the fact that from 1982-1986 at Stafford, they ran as 2 separate divisions and that the Modifieds still compete at the track in various touring series since 1985.

When the Korteweg family operated the track from 1988-1994, the division was promoted as Connecticut Modifieds or simply Modifieds in the track’s published material from that era.  However, they still ran under SK Modified rules until 1992.  During 1993-94, four-barrell carburetors were also allowed, distancing the Speedbowl division from the SK Modified rules package set by Stafford Speedway.

The division returned to Stafford’s SK Modified rules package in 1995 and have remained so ever since. Despite the brief rules differences during th 1993-94 seasons, all division stats from 1985-present are considered SK Modifieds statistically in our database.

The term “SK Modified” is a ® registered trademark of Stafford Motor Speedway.

The Late Models are the oldest division out of the current weekly divisions at the Speedbowl, starting out as a low budget alternative to the Grand American division called Street Stocks in 1977.  By 1980, the Grand Ams were dissolved and this division was renamed Super Stocks & became the 2nd tier division under the Modifieds, where they have remained ever since.  From the mid-1980’s to the mid-1990’s, the Speedbowl Late Models were one of the most entertaining divisions throughout the northeast.  In the middle of the 1999 season until the end of the 2000 season, they were known as the American Challenge Series while the Truck Division from Riverside Park Speedway (closed after 1999) were allowed to compete in the division.

They currently run under the American-Canadien Late Model Tour (ACT) rule package. ACT cars were first allowed to compete in the Late Model division with the existing G-metric chassis cars during the 2003 season. Larry Goss was the first weekly driver to win in an ACT car in July of 2003. Timmy Jordan debuted as a rookie in 2006 with an ACT car and won both the Rookie of the Year & Late Model Championship. The following season every feature was won by an ACT car and the division quickly became exclusively ACT cars which remains the case today.

This division began as the X-Modifieds as part of the Wild N’ Wacky Wednesday series.  The division struggled to build a car count, so in 2009 the SK Light type cars from Stafford Speedway were deemed legal at the Speedbowl to run with the X-Mods and did so for 2 seasons.  Then in 2011, the division was renamed SK Lights and moved to Saturday nights where their events were held on a semi-regular basis.

This division has had the most name changes, with 4 different names that have each been used twice.  They debuted as Strictly Stocks in 1988 as an entry level division largely as a result of the hugely successful Enduro events held at the track in the mid-1980’s. They have gradually become faster and more expensive, but have consistently produced some of the most action-packed races at the shoreline oval over the years. Many former champions such as Allen Coates, Ed Gertsch, Shawn Monahan, Corey Hutchings, Norm Root Jr, Dwayne Dorr and Moose Douton returned to the division years after their championships to compete competively again.

The 4-cylinder Mini Stocks debuted in 1991 as part of a new Sunday Stocker Series and a companion division to the 8-cylinder Pure Stocks.  The Mini Stocks evolved from the 4-cylinder Enduros.   Unlike the Enduros, they raced under feature event rules with smaller lap counts, caution periods & restarts.  The division moved to Saturday nights as the 4th weekly division in 1995, their heats were before the other divisions’ practice and their feature was held at 6pm before the other divisions qualified. They moved into the regular Saturday rotation during the 2000 season.

There have been many versions of trucks at Waterford over the years – mainly as a regional touring series.  When it debuted in 1997, it was a regional series called American Race Trucks that ran all of its Speedbowl events during the Thursday Night Thunder Series and then the Sunday Spectacular Series (1998-2000).  In 2003, the series was renamed All-Star Race Trucks and usually ran 4-5 events annually at Waterford.  In 2009-2010, the Speedbowl no longer hosted the ARTS events and had it’s own truck division that ran events on both Wednesdays and Saturdays.  In 2011, the track went back to hosting the regional series, which was now called the New England Truck Series.  Then in 2016, the Speedbowl began holding events under both the NETS banner and a Speedbowl points system simultaneously. By 2018, the Speedbowl returned to only holding Truck events for its own semi-weekly point division on Saturdays.

Legend Cars began competing at Waterford in 1995 as part of a regional touring series.  As part of that series, they held several events at Waterford from 1995-2000 primarily as the headliner for the former Thursday Night Thunder (1996-1997) and Sunday Spectacular Series (1998-2000).  In 2001, they became the headlining point division of the new Wild N’ Wacky Wednesday series (Thursday Night Thunder from 2015-2016).  In 2002, they were also added several times to the Saturday schedule as a separate point division from Wednesday.  The Speedbowl has been crowning 2 separate Legend Car Champions ever since.   Both Saturday and Wednesday series have their own statistically history in our Record Book, in addition to Overall Legend Car stats which contains all LC events from 1995-present.  When the Legend Cars debuted, the were largely comprised of older drivers who enjoyed a inexpensive way to continue or return to racing at an older age.  They gradually turned into a division for young drivers, many who previously competed in 1/4 midgets, go-karts or bandoleros.

MISC NOTES:  Legend Car events at Waterford were sanctioned nationally by INEX from 1995-2016, then again starting in 2022.

Similar to the Pure Stock division from the early 1990’s (see below), the Super X-Cars evolved from the 8-cylinder Enduros.  They have been part of the Wild N’ Wacky Wednesday series since it’s inception in 2001.  They also occasionally run during Saturday night events as well.

Similar to the Mini Stock division from the early 1990’s, the X-Cars evolved from the 4-cylinder Enduros.  They have been part of the Wild N’ Wacky Wednesday series since it’s inception in 2001.  In the early 2000’s, the Speedbowl frequently held two X-cars features because they had so many cars show up to the Wednesday events. They also occasionally run during Saturday night events as well.

Bandoleros debuted in 2009 as part of the Wild N’ Wacky Wednesday series.  They occasional run events on Saturday Nights as well.  Bandoleros competitors are almost exclusively under the age of 16.

MISC NOTES:  Bandolero events were sanctioned nationally by INEX from 2009-2016, then again starting in 2022.

SUMMARY:  The Modifieds were the headlining weekly division at the Speedbowl from 1951 to 1984 under a few different names.  In the 1950’s they were called Sportsman Stocks.  Starting in 1962, they were known as the Modifieds for 23 seasons.  During certain seasons (1958, 1962-64 and 1975-77) Sportsman class cars (typically 6-cylinder cars) would compete within the Modified class, yet have separate points tallied for just the Sportsman cars. Sportsman Champions were declared separately from the Modified Champions.  Both these championships are noted in our Track Champions section. The division dissolved prior to the1985 season with the implementation of the upstart SK Modifieds as the headlining division by the Arute family.

MISC NOTES:  Modified events held from 1985-present are considered a touring series that have a separate Career Wins List.

This division debuted about 1/3 of the way into the Speedbowl’s inaugural season in 1951. It’s original concept was amateur drivers behind minimally modified street cars, with a claiming rule system in place for the motors.  By 1953 however, the claiming rule system was abolished and under the new name Non-Fords, they basically became a lesser powered version of the Modified class. By 1961, the cars were so advanced they were keeping pace with the Modified division, so after holding 8 Non-Ford events to start the 1961 season, the division was abruptly dissolved, with no further events held nor a champion crowned at season’s end.

The Bomber division debuted in 1958.  With the Non-Fords advancing rapidly, the Bombers were created to be the new entry level division.  By Mid-1961, they were the 2nd division to the Modifieds, which they remained until 1966.  Like the Non-Fords, they were lesser powered cars than the Modifieds that were run on street tires.  Their car count faded quickly after the Daredevils debuted in 1965.

This division was the first version of a late model division at the Speedbowl.  It debuted as the Daredevil division in 1965 in what would be comparable to today’s Super X-cars.  They evolved into Sportsman Sedans after some rule changes in 1971, then again in 1975 to Grand Americans when Harvey Tattersall Jr bought the Speedbowl. Grand Ams were a staple Tattersall’s United Stock Car circuit since the 1950’s.  By 1979, it became too expensive to run competitively for most drivers and the car count dwindled rapidly.  They were dissolved during the 1979-1980 off season.

The Pure Stocks debuted in 1991 as part of a new Sunday Series.  The cars were predominately from the 8-cylinder Enduro divisions but would now raced under feature event rules that included caution periods & restarts and reduced race distances.  When their 4-cylinder counterparts, the Mini Stocks, moved to Saturday nights in 1995, the Sunday Stocker series fizzled and the Pure Stocks were dissolved after the 1995 season.

The very first Enduro held in the State of Connecticut was at the Waterford Speedbowl in 1985.  It was one of 2 held that season.  By 1991, the Speedbowl held 15 Enduro events on Sundays, awarded points for each race and crowned a champion at the end of the year.  The evolved into the Pure Stocks the following season and the 8-cylinder Enduro division was discontinued.  After 1995, the Pure Stock division dissolved and the 8-cylinder Enduros returned, until those cars were revamped again into the Super X-cars in 2001.  The 8-cylinder Enduros went dormant again until being revived once again in 2010.

In 1990, this division debuted as a companion to the 8-cylinder Enduro division.  Then in 1991, the Speedbowl held 15 Enduro events on Sundays, awarded points for each race and crowned a champion at the end of the year.  The following year, they were renamed Mini Stocks for the Sunday Stocker Series.  When the Mini Stocks moved to Saturday nights in 1995, the 4-cylinder Enduros returned, until those cars were revamped into the X-cars.  The 4-cylinder Enduros went dormant again until being revived once again in 2010. 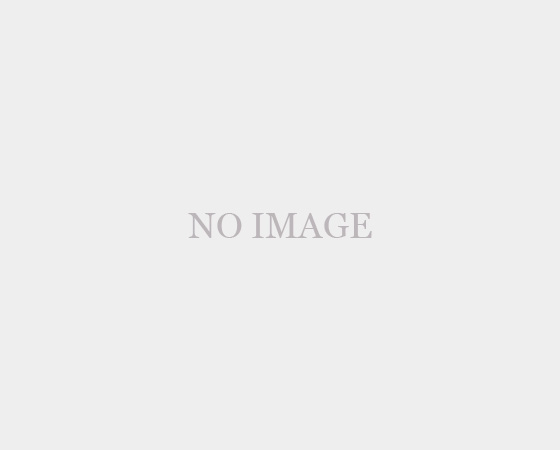 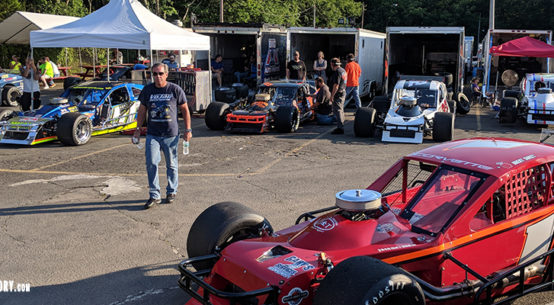