The top runners of the Non-Ford division in 1957 were Benny Derosier, Ted Stack and Dick Beauregard. Derosier, driving Barney Tiezzi’s #230 Hudson Hornet, had the best start winning 4 out of the first 6 events. He and Stack would lead the division in wins with 6.  Beauregard would win 5 times and Arnie Harris was a 4-time winner. But by season’s end, it was Stack who captured the points championship over Derosier and defending champ Charlie Webster for his first Speedbowl track title. In the first half of the year, most of the Non-Ford features were 10 laps. By the end of the year, several were increased to 25 laps setting the stage for the following year when 25 laps became the standard feature distance.

Don Collins and Red Foote battled for the Sportsman Championship in 1957 for most of the year, until Collins went on a torrid streak at the end of the season by winning the last 4 point races to secure his 2nd Speedbowl title in the last 3 years. Collins won 12 features total, 5 of which were 50 lap events. Foote won 9 events including the season-ending 50 lapper. Moe Gherzi won two 50 lappers, Red Bulduc won the other 50 lapper and Bill Slater won the Memorial Day 100.  George Lombardo and Johnny Sandberg also won twice during the season.

There were several non-racing events and attractions held throughout the year, including wrestling events, thrill shows and an appearance by the original Lone Ranger on August 22nd.  (see photos below)

Paul Pettitt won the 200 lap Late Model event on Labor Day weekend.  It was the only race other than the Sportsman and Non-Fords. This would also be the last season under United Stock Car Racing Club sanction until 1975, when United president Harvey Tattersall Jr bought the track. 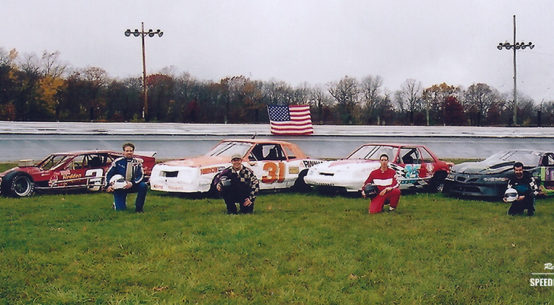 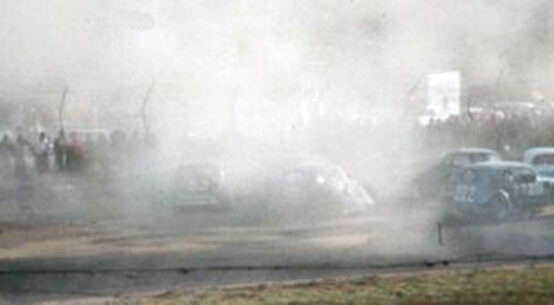