For the 4th consecutive season, Ed Reed Jr and Dennis Gada finished 1-2 in the SK Modified point standings, but this time it was Reed who came out on top to win his first SK Modified track championship.  Car owner Gordon Rodgers won his 2nd Speedbowl Championship with Reed (1997 Late Model) and 3rd overall. Reed also became the first driver to win track championships in the Speedbowl’s 2 premiere divisions – the SK Modifieds and the Late Models.  James Civali won the $5,000 SK 150 during Modified Nationals weekend.  1992 Champion Ted Christopher won the 100 lap SK portion of the Pepsi 300, while Dennis Charette won the Finale 100.  Charette, Reed and Jeff Pearl led the division with 3 wins a piece.  There were a total of 14 different SK Modified feature winners during the season.

Corey Hutchings, who won his 2nd consecutive Late Model, was named the Exide Shortrack New England Region champion by NASCAR.  He also led the division in wins with 6 – including the season opening 50 lapper and the Finale LM 100.   Allen Coates (5 wins) beat out Mark St. HIliare (2 wins) on a tie-breaker for the runner up spot in the final point standings.  Phil Rondeau won his 102nd Late Model feature (and 107th overall) on August 7th.  Although never officially announcing his retirement, “Farmer Phil” completed his last full season with 3 feature wins (including the mid-season 100 lapper) and a 4th place finish in the point standings as the driver of the #31 Payless Auto Glass entry.

The Sportsman division had one of the track’s wildest championship battles ever.  Going into the Finale’s 50 lap race, 4 drivers were alive to win the championship.  Norm Root Jr, who was the point leader going into the race, was collected in a late race incident also involving defending champion Ed Gertsch Jr and Keith Rocco.  All three were point title contenders.  While the latter 2 were sent to the rear for the restart, Root’s #80 left the track on the hook and was the first of the remaining four to be eliminated from the point championship.  Gertsch’s teammate & step-brother, Dwayne Conant, was the 4th title contender.  Conant restarted 2nd, and had inherited the up-to-the-lap point lead, but Rocco would come from deep in the field to pass him in the closing laps.  Roger Perry, who finished the season 5th in points, won the race.  Keith, son of former Modified driver Ronnie Rocco, won his first track championship after finishing second to Gertsch the previous season by only 2 points.  He won 3 times, including the first 2 legs of the Sportsman Triple Crown events.  Gertsch, Conant and Root all finished within 12 points of Rocco in the final standings.  Gertsch finished the season tied in points with teammate Conant, but won the wins tie-breaker 6 to 2.  Gertsch extended his career record for Sportsman wins to 26 feature victories.

For the 2nd year in a row, the Speedbowl held it’s Nextel Cup Night.  This year, the visiting superstars from NASCAR’s premier division included the legendary Bill Elliot (who won the late model exhibition in Bruce Thomas Jr‘s #35), Ken Schrader and Kerry Earnhardt.  Larry Goss, who redesigned his Late Model into a replica version of Kevin Harvick‘s #29 Goodwrench car, unfortunately wasn’t rewarded for his team’s efforts as Harvick cancelled earlier in the day.

In the Mini Stocks, the point championship was a battle between Glenn Colvin, Timmy Jordan & Richard Brooks that went down to the final weeks of the season.  Colvin won the points championship while Jordan & Brooks tied for most wins (5).  They also each one a Triple Crown event – Jordan the 30-lap opener, Colvin the mid-season 50 lapper while Brooks won 4 of the last 6 races, including the Finale 50.

This was also the first season that the track implemented transponders to record lap times which provided competitors with more accurate scoring.  Each race team needed to purchase devices to adhere to their car.  Drivers who did not comply were not allowed to compete, a rule that still stands today.

Late Model competitor Bruce Thomas Jr, who was sidelined for a majority of the season due to health concerns, returned late in the year to win the last 30 lap Late Model feature of the season.  In his absence, 4-time track champion Jay Stuart drove the Thomas #35 Late Model to 2 victories early in the season.  In fact, including the Nextel Cup Night exhibition, the #35 car earned trips to victory lane 4 times despite Bruce’s extended time off. 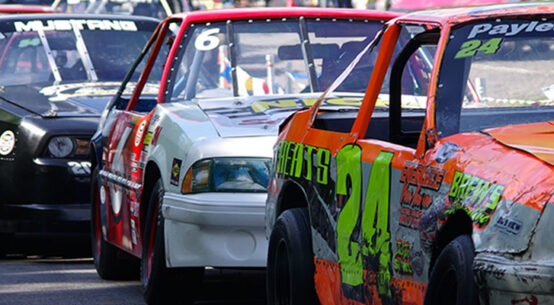 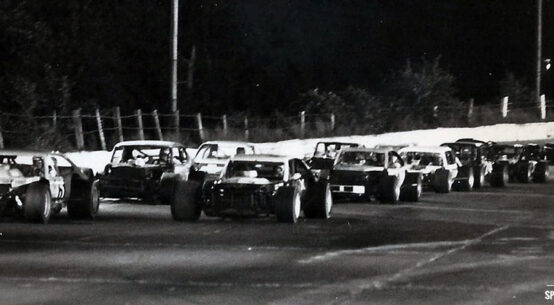