Dennis Gada would break the previous single season SK Modified win total record of 7 (set by Bob Potter in 1986 and equaled by Tucker Reynolds Jr in 1997) when he finished the season with 9 victories.  Driving the red #3 for car owner Harry Wyant, who won back to back SK titles with Jimmy Broderick in 1995 & 1996, Dennis also won his first of 5 consecutive SK Modified point championships. A year after being disqualified as the winner, Ted Christopher took home the $5,000 winners purse for winning the season-opening Budweiser Modified Nationals SK 200. Bert Marvin won the 100-lap SK portion of the Pepsi 300 and Ron Yuhas Jr, whose father owned cars in the 1970’s and 1980’s (primarily driven by Glynn Shafer), won the Finale SK 100 for his first career win.

The Late Model division featured another season of battles between 6-time Champ Phil Rondeau and 2-time champ Jay Stuart. Rondeau won 7 times, while Stuart won 8 times – including a sweep of the 3 extra-distance events to take the championship for his 3rd LM title at the bowl. 2-time winner Ed Reed Jr finished 2nd in the points, Rondeau was 3rd. In the closing weeks of the season, promoter Terry Eames announced that the truck competitors from the recently closed Riverside Park Speedway (Agawam, MA) would be eligible to run in the Waterford Speedbowl’s Late Model division.  The new division was renamed the American Challenge Series.

Corey Hutchings broke Allen Coates’ 3 year old record of Most Strictly Stock Wins in a Season when he captured his 10th feature during Finale weekend driving the #36 car – a 50-lap event. He also won the 50 lap SS portion of the Pepsi 300 in July.  However, he had a mid-season penalty for hitting someone under caution and ultimately lost the point championship title to Moose Douton by (ironically) 36 points. Douton won 6 times, including the season-opening 30 lapper. The Strictly Stocks ran a 100 lap non-point event during the Halloween Howl family event in October – Joe Mancini Jr was the winner

Jeff Miller won his second consecutive Mini Stock point championship by a slim 2-points over Bruce Thomas, becoming the 1st repeat champion in the division’s history as part of the Saturday night schedule.  Miller won 4 times, including the 30-lap opener and the 50-lap MS portion of the Pepsi 300 in July. It was the 4th consecutive year Thomas finished within the top 2 in the final point standings. His son Bruce Thomas Jr moved up from the enduro ranks and won his 1st feature in only the 3rd race of the season. He went on to win the Rookie of the Year award. Mike Fernald and Jeff Diegielewski won 3 features a piece, the latter taking the season-ending Finale MS 50.

The NEMA Midgets ran 5 events at the Speedbowl in 1999, Drew Fornoro was the only 2-time winner. Byron Chew won the 100-lap PRO Truck Tour event in August.

The Thursday Night Thunder series was moved to Sundays, but still featured Legend Cars, Trucks and enduro events.  Shaun Buffington dominated the Legend Cars, winning 7 of the 10 events held. In the Trucks, both Chris Correll and Ken Woodward Jr won 3 events to lead the series. 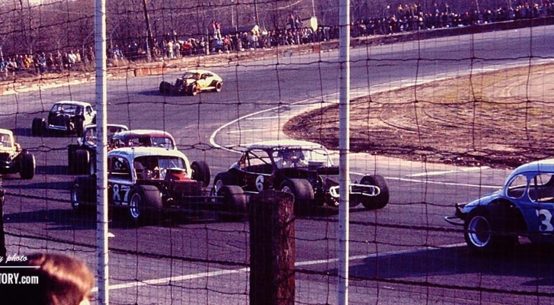 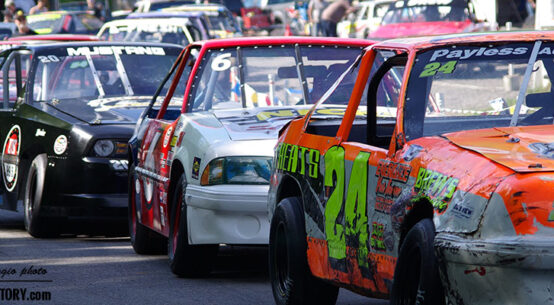