In early 2006, Washington Mutual Bank began foreclosure proceedings against Speedbowl owner Terry Eames for not making payments.  When reports surfaced in the local newspapers & TV stations, it raised the most serious concern over the track’s long-term future as a racing facility for the first time since the early 1970’s.   However, it did not affect the 2006 season which went off as planned.

Dennis Gada captured his 6th SK Modified title at the Speedbowl – tying him with Phil Rondeau (6 LM) for the most in one division, and Bob Potter (3 Mod, 3 SK Mod) as well for the most overall track championships.  Not the dominate presence he was during his run of 5 straight SK titles from ’99-’03 driving for Harry Wyant, Gada only won 1 point event in 2006 as a driver-owner again for the first time in a decade. He was consistently in the top 5 throughout the season.  He capped the year by sweeping the non-point twin 25’s in the Double Down Shootout, giving him 50 career SK Modified feature wins.  Rob Janovic Jr led the division with 4 wins, including the 100 lap Town Fair Tire Finale.  Jeff Pearl and Diego Monahan tied for second in wins with Gada at 3 victories a piece.  Veteran Tom Fox won the 100 lap SK portion of the Pepsi 300.  Defending champion Rob Summers and 2005 SK runner-up Ron Yuhas Jr ran limited Speedbowl schedules as they both ran full time on NASCAR’s Whelen Modified Tour.

13 years after his uncle Tom Fox did so in 1993, Timmy Jordan won the Late Model track championship at the ‘bowl in a black & red #47.  Amazingly Jordan, who took the 2005 season off after back-to-back runner-up title runs in the Mini Stocks in 2003-2004, won the championship in his first full season in the division – becoming the first driver to win Rookie of the Year and Track Championship in any of the track’s weekly Saturday divisions.   He was also the first driver to win a Speedbowl Late Model title in an American-Canadian Tour car, capturing 7 victories along the way to lead the division.  Former Track Champions Allen Coates and Corey Hutchings, who both ran only a handful of races each at the track this season, won 3 feature events a piece.  Corey’s wins included the season opening Budweiser Nationals 50 lapper and a sweep of the LM twin 25’s during the Double Down Shootout in November.  Coates won both 100 lap Late Model events.

The July 8th Late Model race had one of the more spectacular accidents in the track’s history when Jay Lozyniak‘s #28 got airborne after contact with Allen Coates, then barrel-rolled down the front stretch before finally coming to a halt in turn 1.  Lozyniak escaped without serious injury.  The action began when one-time teammates/now-bitter rivals, Jay Stuart and Bruce Thomas Jr made contact while battling for the lead in turns 3 and 4.  The accident collected many cars behind them including Coates and Lozyniak.  Race officials, who deemed the initial contact by Stuart on Thomas Jr as over-aggressive, suspended the 4-time former track champion for the remainder of the season.  He was also the point leader at the time.  It was the second time during the season that Race Director Steve Harraka suspended a former champ.  (Defending Late Model Champion Mark St. Hiliare was suspended for 4 weeks earlier in the year for driving into Lozyniak’s car under caution).  Glenn Colvin, who was the highest scored car not involved in the wreck, was declared the winner when the event was red-checkered after only 18 laps were completed.  The early July event was the low point in the season for the Late Models – the Speedbowl’s longest running weekly division.

Dwayne Dorr dominated victory lane in the Sportsman division – winning 11 feature events – breaking the record for Most Wins in a Season of 10 set by Corey Hutchings in 1999.  Dorr began the season with 5 straight victories – the most in any division to start a season – then won the Pepsi 300 Sportsman 50 in July after setting fast time with a new track record of 17.546 during time trials.  When he won the 50 lapper during the Town Fair Tire Finale, he not only tied Hutching’s record 10 wins, he became only the 3rd driver to win all 3 Triple Crown during the same year – joining Allen Coates (’98) and Jay Stuart (’99) who both did it in the Late Models.  He capped his remarkable season by becoming the Overall Sportsman Winner during the Double Down Shootout – including a victory in one of the twin 15 lap events to set the new season win mark at 11 victories. Dorr’s 2006 campaign was arguable the greatest single season in the 8 cylinder stock division’s history.  Despite his dominance, he battled Joe Curioso III and Rich Staskowski all year in the point standings, clinching only after the final points race was completed.

Veteran Sportsman competitor John Puglisi had his Consecutive Seasons With a Win streak snapped at 8 when he failed to capture a checkered flag for the first time since 1997.  His absence from victory lane left him in a tie for the record with Ken Cassidy who did it from 1988-1995.

Veteran Danny Field became the third driver to successfully defend his Mini Stock title (Bruce Thomas, Jeff Miller) with a final point total over 100 points ahead of teenage runner-up Joe Godbout III.  Field also led the division in wins with 4 – which he won during a 6 race stretch early in the year.  Godbout won three times and set a new track record for the division when he posted a 17.417 lap time during the Pepsi 300 time trials.  He also went on to win the 50 lap event later that day.  Ken Cassidy Jr won the 50 lap Finale for the second consecutive year.  1993 Mini Stock Champion Soup Civardi won for the first time in over a decade when he brought his #93 machine to victory lane on May 6th.

The Bakaj brothers dominated the Legend Car divisions on both the Wednesday and Saturday series.  Chris Bakaj won the Wednesday title by two points over his brother Mark.  While Mark Bakaj won the Saturday title by 52 points over Chris.  Chris won 3 features overall (2 Wed, 1 Sat), while Mark won 11 times – tying him with Dwayne Dorr for the most overall at the track during the year – leading both Wednesday (4) and Saturday (7) divisions in victories.  On August 26th, Mark tied a 40-year old record when he won his 6th consecutive division event – last accomplished by Ed Bunnell in the 1966 Bomber division.  (Ironically… and coincidentally,  Bunnell visited the ‘bowl earlier in the season on the night Dwayne Dorr unsuccessfully tried to tie the same record).  Bakaj also won the 50 lap INEX National Qualifier race in late July.

Curt D’Addario (X-cars) won 10 features and Greg Moran (Super X-cars) won 9 features in their respective Wild N Wacky Wednesday divisions, yet neither won the track championship.  D’Addario finished 48 points behind John Kelly III who added his name to the list of Track Champions who did not win a feature event during the season.  Moran finished second to one-time winner Greg Correia, who like Timmy Jordan (and actually before him, although not in a NASCAR Weekly Racing division) also won Rookie of the Year and the Track Championship in the same season.  By virtue of Wednesday’s weekly point series ending first, Correia became the first driver ever in any of the track’s divisions with such a distinction. John Kurtzman won the X-Modified Track Championship and led the division in wins with 7 giving him 13 for his career – the most all-time in the division’s short history. Lisa Vogelsong won the W.O.W. Super X-car Championship and Kathy Civardi won the X-car W.O.W. crown.

Open wheel touring events were frequent this season.  In addition to Lia’s WMT victory, other open-wheel winners included Justin Belfiore in ISMA Super Modified 50 lapper in May and Bobby Grigas III in the True Value Modified Series 100 lapper in June.  Joey Payne Jr won the season opening NEMA Midget 25 lapper at the Budweiser Nationals and the season ending 25 lapper at the Double Down Shootout, while Mike Keeler won the NEMA 25 during Nostalgia Weekend in August.  Jason Heroux and Andy Major won the Pro 4 Modified 25 lappers and Nick Wean won the USAC Ford Focus Midgets’ inaugural feature event at the track in late April.

Talya Orleans won 2 of the 3 Allison Legacy Series events.  Her 1st during opening weekend made her the first female feature winner in track history.  (Not including the all-female events like W.O.W. or Powder Puff Derbies). Anthony Frissora won the other ALSN event.  Waterford resident Chris Correll won his 4th consecutive All Star Race Truck Northeast Regional title – including victories in the ARTS’ last two visits to his home track along the way.  Seth Duvall won the season’s first ARTS event during the Budweiser Nationals.

In November, the track also announced that General Manager Bill Roth and Legend Car President Jerry Robinson would lease the track from owner and longtime promoter Terry Eames during the upcoming seasons.  Roth and Robinson would assume full control of the track’s day-to-day operations as The New Waterford Speedbowl, LLC. 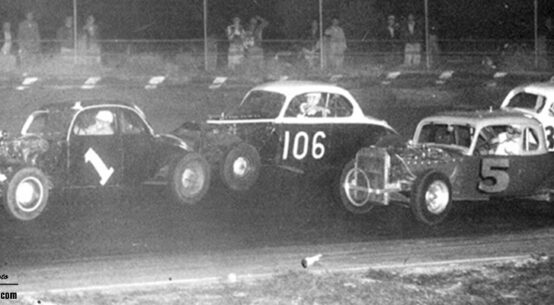 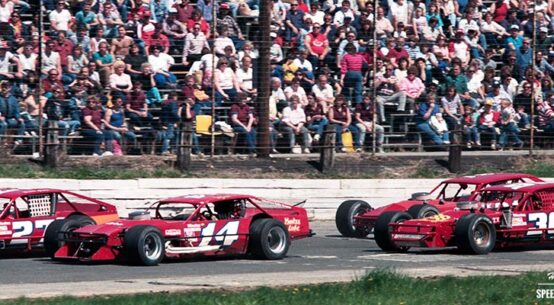