After several close calls dating back to the Grand American days of the late 1970’s, “Flyin” Brian McCarthy finally won his first Speedbowl Track Championship when he beat out Art Moran Jr for the Super Stock title  He also led the division in wins with 6.  Jimmy Lloyd, who won the first 3 events, and defending champion Phil Rondeau each won 4 features.  Rondeau and Bob Greene won the Twin 50’s on the last weekend of season.

Bob Potter tied Hall of Famers Dick Dunn and Charlie Webster for the second most Speedbowl track titles (4) when he was crowned the 1986 SK Modified® Champion at the Speedbowl.  Potter led the division with 7 victories with streaks of 3 in a row to start the season and 4 straight starting in mid-July. They included the Blast Off 86 lapper and two 50 lap events.  He was also named the Perfect Circle Champion for most combined points from Stafford and Waterford.   Rick Donnelly won the Memorial Day 50 and the Labor Day 75 lap events.  His four victories made him the only driver other than Potter with multiple feature wins during the season.  Thompson (CT) SK Champion Richie Gallup won the season ending Winston 75 on Sept. 21st.  Ed Flemke Jr finished second in points, scored a feature win and took home the Most Improved Driver Award at the season ending banquet.

The Speedbowl Super Stocks were well represented at the  Race of Champions event at Pocono (PA) International Speedway.  Phil Rondeau, Scott Poirier, Mike Lovetere and Brian McCarthy all made the 56 car field.  Poirier had the best day – scoring a Top 10 with a 9th place finish.  Rondeau finished 15th.  It was the beginning of a decade long period when the Waterford Speedbowl was well represented during the ROC Street Stock event.

The NEMA midgets did not return this season, but the New England Mini Modifieds returned for the first time since 1983.  George Savary won the 25 lap event held in September.

Car owner Jay Stuart, whose #66 machines had been driven by Scott, Poirier, Bob Faiella, Tom Fox and Brian McCarthy others over the years, got behind the wheel for the 2nd annual Enduro event held in September.  It was the future 4-time Late Model Champion’s first career victory at the Speedbowl. 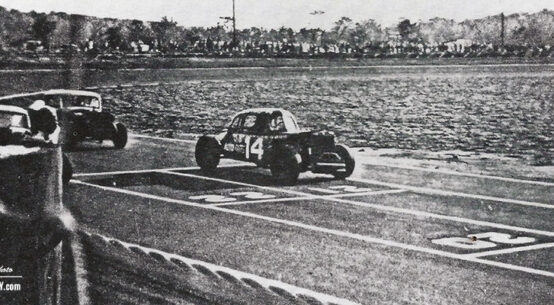 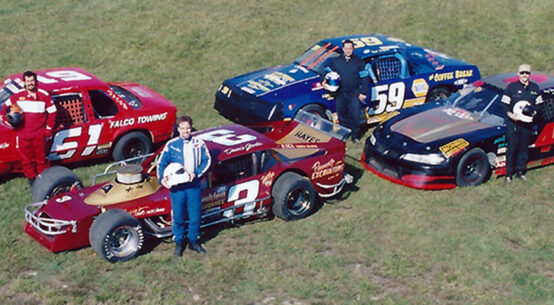