After the 2012 season, Race Director Scott Tapley announced he was leaving the Speedbowl to become the series director of the New England based Valenti Modified Racing Series. Track owner/operator Terry Eames then announced at the annual awards banquet in January that he would assume Race Director duties for the 2013 season while continuing to look for Tapley’s replacement. Eames remained RD for the entire season. He was the first track operator to assume Race Director duties since Dick Williams in 1984. Eames was also the 4th different Race Director at the Speedbowl in the last 6 seasons.

On the track, Keith Rocco had a record breaking season winning both the SK Modified & Late Model championships, becoming the first person to win 2 different titles in 2 different divisions in the same season. He also scored double digit wins in each division as well (10 SK, 12 LM). In August, he also won a Pro-4 Modified event and the Valenti Modified Series event during the annual Wings N’ Wheels event, giving him wins in 4 different divisions in the same season and 7 different divisions (SS, TK and NEMA Lite) in his career – both Speedbowl records. If that wasn’t enough, he came into the final event of the season with 22 overall victories at the track… and then swept the SK Modified and Late Model events to give him 24 and break Don Collins’ 53 year-old record set in 1960. Rocco also set fast time for the SK Modifieds during the Overdrive 300 and was named the NASCAR Connecticut State Champion for the 6th year in a row.

In the SK Modified division, Rocco won the season-opening Blast Off 62. It was the 5th straight year he won the 1st SK race of the season. He also won the $5,000 Budweiser Modified Nationals SK 150 on Labor Day weekend. Tyler Chadwick won the mid-season Overdrive SK 100 for the 2nd year in a row. Joey Gada, son of 7-time Speedbowl SK Champion Dennis Gada earned his first career SK win on April 27th and became the 8th different member of his family to win a feature event at the Speedbowl. He also became the first 3rd generation winner in the modifieds (his grandfather Bob had a Modified win in 1982, while Dennis has 62 career SK wins). On September 21st history was made again when Nichole Morgillo became the first female to win an SK Modified event in Speedbowl history. Earlier that same evening, fellow competitor Shawn Thibeault proposed to Nichole in front of the crowd in attendance & her close friend Victoria Bergenty (son of former competitor John Bergenty) won the SK Light Modified event.

The NASCAR Whelen Modified Tour returned for the second in year in a row for the Mr. Rooter 161 event. The event became a rematch of the previous year’s event when Doug Coby beat Ryan Preece on a green-white-checkered restart. This season, after Coby led for much of the event, the two squared off again for a green-white-checkered restart. Coby chose the outside lane and Preece was able to gain the lead from the inside to take the win. It was one of Preece’s series-leading 4 victories in route to becoming the youngest NASCAR Modified Champion in history. It was the second year in a row that the Mr. Rooter 161 winner went on to win the tour championship.

Steve Masse and Keith Rocco won the two Valenti Modified Racing Series events, while 3-time VMRS champion Jon McKennedy won the ISMA 50 event during Wings N’ Wheels, their only visit to the track during the season. The NEMA & NEMA Lite midgets return for 4 events each, with Bethany Stoehr winning the Finale event. She was the 2nd female (Erica Santos) to win a NEMA event. Corey Hutchings won one of the 4 New England truck events and swept the two 8-cylinder Outlaw Stock events. Glen Thomas Jr won a 4-cylinder outlaw type race in July. The Pro-4 Modifieds and the New England Mini Stock Tour also visited the track during the season.

For the first half of the season, the Late Model championship battle was between defending champ Dillon Moltz and point leader Keith Rocco. Between them, they won 8 of the first 12 races. But after a penalty against Moltz during the August 3rd event for rough riding (from a last lap incident with 3-time champion Bruce Thomas Jr), Moltz & car owner Mark Cooper left the track in a disagreement with track officials.  They did not return for the remainder of the season.  Rocco would go on to dominate the division, winning 7 of the last 9 races (including a record-tying 5 in a row to close the season) for 12 LM victories total on the year. Rocco also swept all four 50-lap events during the year. Thomas and 2011 Champion Jeff Smith both won twice during the season.

Former Mini Stock competitor Randy Churchill Jr won the SK Light Modified championship over Corey Barry. Victoria Bergenty not only became the first female to win in any modified division, she also became the first female to set fast-time in any modified division during the Overdrive 300 event. Churchill and Glenn Griswold led the divisions in wins (4). The SK Lights were the only Saturday point division without an extra-distance event. All of the features were 25 laps in distance.

Chris Meyer was the early favorite to take the Street Stock championship earning Top 3’s in the first 6 events, and Top 5’s in the first 10, including one of his two wins on the season. But it was Corey Hutchings who overtook Meye atop the point standings on the strength of his division-leading 7 wins and 16 Top 5’s. It came 15 years after Hutchings won his first title in the division back in 1998. 4-time winner Josh Galvin finished 2nd in the championship hunt. 2-time SS Champ Al Stone III returned to the division after one season in the SK’s. He scored 2 wins, set fast time during the Overdrive 300 and finished 3rd in the points. 17 years after dominating the division in 1996, Allen Coates returned and won the 3rd race of the year. He only competed a few more times before leaving competition again to work more with his son Corey Coates who was competing weekly in the SK Modifieds. Hutchings won the Blast SS 30 and the Overdrive SS 50, while Meyer won a 50-lapper in May and Galvin won the Finale SS 50.

Garrett Denton dominated the early Mini Stock season scoring 3 wins and 2 seconds in the first 5 races. However he destroyed his car during a June incident on the track. Then multi-time champion Ken Cassidy Jr, who was battling with Denton atop the standings, loaned Garrett his back-up car (which Denton eventually bought). Denton would rebound to finish in the Top 3 in the last 7 events, including the last 2 of his 6 total wins on the year, but finished second to Cassidy in the points. Cassidy won 9 times, set fast time during the Overdrive 300, reached the 50 win mark in the division (finishing with 52 for his career by season’s end) and clinched his record 5th Mini Stock title. Denton won the season opening 30-lapper, while Cassidy swept the three 50-lap events. Ian Brew won 4 times and Bill Leonard won 3 times.

Wild N’ Wacky Wednesday Champions in addition to Ternullo (LC) were Bill Reiman in the Super X-cars and Brad Voglesong in the X-cars. Voglesong became the 1st 3-time Champion in X-car history and also set a new Career Wins mark with 29 after his 7 victories in 2013, the best season total of his career. He also won the Saturday Showdown XC championship. He announced his retirement at season’s end. Anthony Marvin , son of former SK Modified driver Bert Marvin, became the youngest track champion ever by sweeping both the Wednesday and Saturday Showdown titles in the Bandolero division at 9 years old. Jon Porter was the Super X-car Saturday Showdown championship.

2013 saw the return of Street Stock competitor Steve Barrett from deployment overseas for military service.  Barrett left midway through the previous season, destroying his racecar in his last race.  While away, Steve’s wife Teresa, track official Julie Winsor & her husband Jeff spearheaded a collective effort from the racing community to raise money to build Barrett a new racecar.  Amazingly, the secret was kept from Barrett for months until the Speedbowl held a special pre-race ceremony celebrating his safe return home on May 4, 2013.  Several gift presentations were made with the big reveal of his new racecar at the conclusion.  It was one of the more heartwarming moments in Speedbowl history and one of the best examples of the Speedbowl racing community working together off the track for a common goal.

Off the track, foreclosure proceedings were once again initiated against the Speedbowl, this time by Rocky Arbitell and Peter Borelli who were the main parties that helped owner/operator Terry Eames avoid a similar foreclosure auction initiated by Washington Mutual Bank back in 2007. Throughout the season, both parties were quoted as stating they felt the ownership financial issues would be resolved and the facility would continue to operate as a race track.   In November, an auction date of October 18, 2014 was eventually set, ensuring the 2014 season was safe, but with the track’s long-term future still in jeopardy. 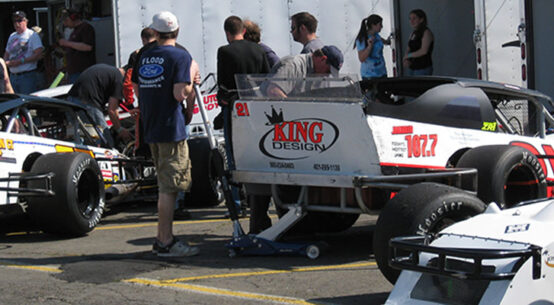 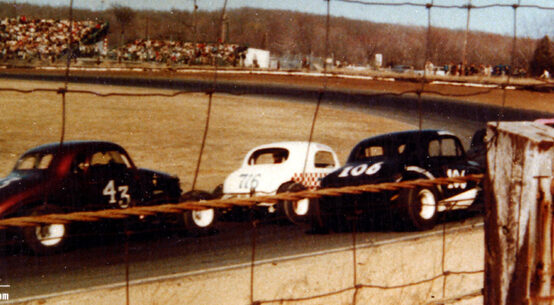