New owner Bruce Bemer announced in February 2015 that longtime Speedbowl competitor Shawn Monahan would be his new General Manager.  Monahan was previously slated for a similar role for the 2009 season, but ultimately left his position before the start of that season.  Monahan had been going to the track since the early 1980’s as a young kid, was a lifelong resident of Waterford, CT, was the 2001 Sportsman Champion and also had Late Model & SK Modified wins during his racing career at the Speedbowl.  One of the first announcements from the new regime was a return to the facility’s original name:  The New London-Waterford Speedbowl.  Scott Tapley returned as Race Director after a two year absence.  Previous RD Patrick Williams was originally announced to remain as an official under Tapley, but he did not return for the 2015 season.  With the delayed court proceedings and uncooperative winter weather, there were few renovations done to the facility prior to opening day on May 2nd.  Only in 1956, when the track ownership group had internal issues and didn’t open in June, was there a later scheduled opener (seasons started later than May 2nd in 1983 and 1979 because the original earlier date was rained out).

The 2015 schedule of events saw many changes.  After a successful 14 season run on Wednesdays under the ‘Wild N’ Wacky’ promotion, the mid-week show shifted to Thursdays as ‘Thursday Night Thunder‘ with the Legend Cars remaining as the headlining division, with Super X-cars, X-cars and Bandoleros running each week for points as well.  On Saturdays, the traditional 2-day Blast Off event was scrapped and the May 7th opener was a regular Saturday night show, no extra-distance events for the weekly divisions, no touring divisions.  The $5,000 Modified Nationals SK 150 was also discontinued after 18 seasons.  There were no extra distance point races for the SK Modifieds.  The Street Stock division was once again renamed, this time back to Limited Sportsman which they were previously called from 1992-1994.  The point system was also revamped for this first time in over 20 years.  The 50-48-46… system was replaced with 32-29-28-27 plus 5-4-3-2-1 for the top 5 finishers in the heat races.

Keith Rocco continued his assault on the record books, passing Phil Rondeau as the track’s overall Career Wins leader and, by winning his 5th SK Modified Championship, broke his tie with Dennis Gada for Most Championships with # 8 overall.  Rocco, who missed 2 events earlier in the seasons due to conflicts with his NASCAR Whelen Modified Tour commitments in 2015, was still able to beat 2012 champ Tyler Chadwick by 3 points in the last event of the year.  Rocco won the 75 lapper during the new season-ending Bemer’s Big Show event in October.  Ted Christopher ended a long SK drought at the Speedbowl, tying Rocco for a division-leading 8 feature wins.

Despite Rocco’s 10 wins in the Late Models, he was unable to catch 5-time winner Jason Palmer in the point standings.  It was Palmer’s 5th overall Speedbowl championship and his first in the Late Models.  3-time champ Bruce Thomas Jr made only 1 start in 2015 – and won the feature to help extend his streak of consecutive seasons with a feature win (all in the Late Models) to 13.  Anthony Flannery, who won twice, was the only other feature winner in the division.

Al Stone III was once again atop the Ltd Sporstmen, leading the division with 6 wins and becoming the 1st 3-time Champion in the division.  He finished 93 points ahead of Monte Gibbs.  Neither Gibbs nor 3rd place finisher Jason Chicolas won a feature during the season.   Stone’s 43 career LS wins remains the best in track history.  Chris Meyer won 4 times.  Allen Coates returned to the division full-time and won a 50-lapper in early August.

Wayne Burroughs Jr started off strong in the Mini Stocks, winning 3 of the first 4 events en route to capturing his 1st Mini Stock Champion over 5-time champ Ken Cassidy Jr.  Burroughs won 5 times, including a 50-lapper in late August.  Cassidy led the division with 5 to increase his record MS career total to 64.  The highly competive 4-cylinders had 10 different feature winners – the most by any Saturday or Thursday division in 2015.

The SK Light division continued to grow, with 15 events scheduled and growing car counts as the season went along.  Defending Champion Corey Barry intended to run a limited schedule in 2015, but won the first 3 events and 4 of the first 5 to lead the points early.  He rain the full schedule, won 6 events and held the point lead all season going into the final event.  But in the last point race, Barry wrecked while 2-time winner Paul Buzel finished 2nd to win the championship.  Former Street Stock Champion Josh Galvin, moved up to the SK Lights and won 3 times.

The NASCAR Whelen Modified Tour returned again for the 4th annual Mr. Rooter 161, with Ryan Preece winning the event for the 2nd time in 3 years.  The VMRS only ran 1 event at the Speedbowl (during the Wings N’ Wheels event) with hometrack favorite Chris Pasteryak earning the win after Ted Christopher was disqualified for illegal fuel.  The new Tri-Track Open Modified Series, with former Speedbowl promoter Dick Williams as one of the organizers, ran two events at NLWS in 2015.  Ron Silk won the 100 lapper in September driving for Bob Horn, with Woody Pitkat winning a 65 lapper for the TTOMS during Bemer’s Big Show.  The Granite Stock Pro Stock Series ran the first Pro Stock event at the Speedbowl in 20 years.  Former Thompson Speedway champion Derek Ramstrom won the 150 lapper.  Check our 2015 Touring / Special Event page for a complete list of all winners. 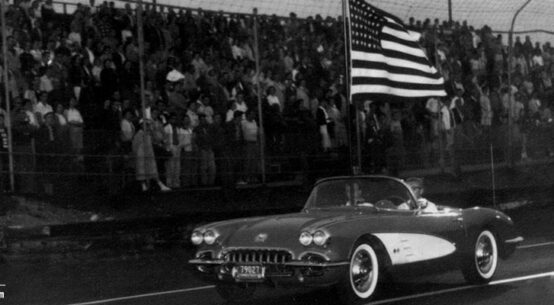 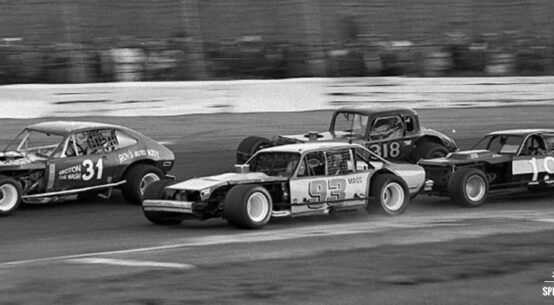