In February of 1989 after 14 years as track owner, Harvey Tattersall Jr sold the property to the Waterford Sports Center Inc, a group of silent partners who backed the Korteweg operation. The Korteweg‘s K Corporation remained the operating team and promoters of the Speedbowl. They teamed up with the local WTWS Channel 26 station in New London, CT to produce a show about the track called ‘Speedbowl ’89.  While it was originally intended to be a weekly show, only 1 episode aired.  It recapped the first 6 weeks of the season.  Below is an episode from early in the season with race highlights and interviews with George & Dan Korteweg.

The Saturday night format was revamped prior to the season.  The Modified and Late Model features were reduced by 5 laps to 30 and 20 laps respectively.  The Strictly Stock features would remain at 15 laps, but due to the rapid increase in car counts, a B-main feature would replace the traditional consolation race, with the top 2 qualifying for the A-main.  3rd through 13th finishers in the B-main shared $405 in remaining purse money, but would receive no points.  Additional track improvements were made as well, including the installation of 74 new 1000-watt light fixtures around the track’s perimeter.

The Ceravolo family would defend the SK Modified track championship with their familiar #31, however, Dick Ceravolo would not be the driver.  After announcing his retirement at the ’88 Banquet, “Dickie Doo” left the family operation in the hands of his sons Rick and Todd.  They chose veteran Bob Potter to drive and he went on to win his 6th Championship at Waterford.  Dave Gada won the two longest SK events of the season:  the 100-lap Mid Season Championship in July and the 200-lap SK portion of The Showdown in October.  Ronnie Rocco won the 89-lap Blast Off! event.  John Anderson and Richie Gallup also won 50-lappers.  There were 14 different SK Modified feature winners throughout the season.

Phil Rondeau continued to dominate the Late Models.  This year he won his 3rd consecutive track championship at Waterford Speedbowl (and 4th overall) by more than 500 points over Jay Stuart.  He also broke his own division record for wins in a season with an amazing 14 victories (a LM record that still stands today).  Rondeau’s accomplishments reached beyond the shoreline oval as well as he also won his 3rd consecutive track championship at Stafford Motor Speedway and his only Late Model title at Thompson International Speedway.  He became the first driver to win track championships in the same division at all three Connecticut short tracks during the same year .  If that wasn’t enough, Phil also won the Street Stock portion of the Race of Champions event in Pocono (PA) after finishing runner up the year before.

While the weekly events continued to be independently sanctioned, the K Corporation was able to get the Speedbowl back on the NASCAR Modified Tour schedule in 1989.  “Magic Shoes” Mike McLaughlin dominated the June event and won his second career NASCAR event at the Speedbowl.  He set fast time in qualifying with a new track record time of 14.292; then went on to win the Richardson Chevrolet-Nissan 150 lapper.  His victory also qualified him for the Race of Champions event in Pocono (PA) later in the year.  It was the last NASCAR Modified event held at the Speedbowl until 2000.

There were 2 Pro Stock open competition events.  John Rosati won the 50 lapper during the Summer Kick-Off Classic in June while Tony Papale won the 75-lap portion of Autumn Excitement 200 in late September.

The Racing With Jesus Tri-Division Series debuted this season.  Similar in concept to fantasy leagues used in other sports, the series took one competitor from each weekly division to form a 3-driver team.  Their points were combined and tallied among others to crown a champion.  The inaugural championship team was comprised of SK Modified driver John Bergenty, Larry Cote from the Late Models and Strictly Stocker David Blain.  The series would be discontinued after only 3 seasons. 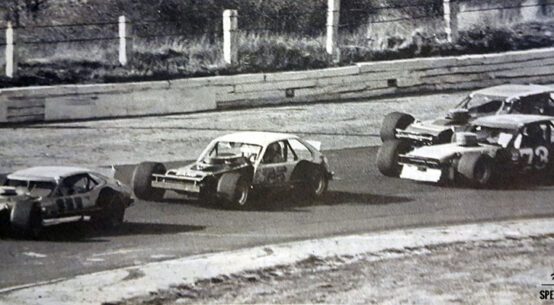 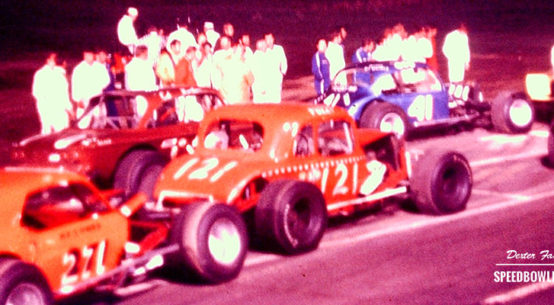