Don Collins was the Speedbowl's most accomplished driver in the track's first two decades, becoming the first driver to win 100 races and 5 championships by the time he retired in early 1970.  He first raced at Thompson Speedway briefly before heading to the Speedbowl, where he won his first Modified feature race during the track's inaugural season of 1951.  Collins is most remembered for driving his own #106 car, usually nicknamed "The Little Jewel", which he drove to the Modified Championship at the Speedbowl in 1955, 1957 and 1963. 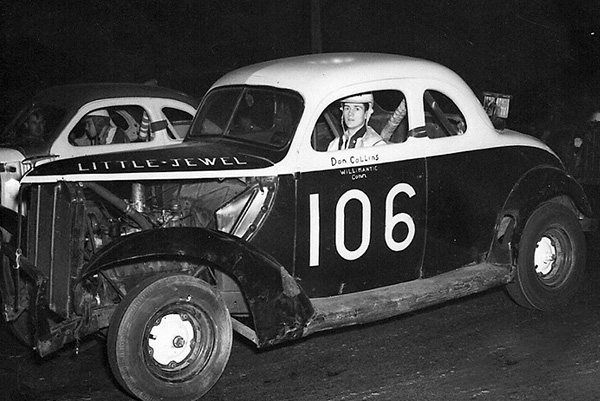 For the 1954 season, Collins left the Speedbowl, which was sanctioned by the prominant United Stock Car Racing Club at the time.  Collins chose to compete at Stafford Speedway, where an upstart organization called CORA was based.  CORA, however, folded after only a few weeks into the season.  Sanctioning body rules at the time prohibited Collins, among other who also initally left for CORA, from competing at the Speedbowl for the remainder of the season.  Collins returned in 1955 and won 14 features in route to his first Modified Championship.

In 1960, he drove the Bob Vitari & Vic Bombaci #V-8 to a dominant season.  It was the same car Bill Slater drove to the Speedbowl Modified Championship the previous season.  Slater moved to the Norwood Arena in 1960 with a new #V-8 car and won the Modified Championship there, while Collins took the Speedbowl Championship.  While driving the V-8 that season, Collins won 17 Modified features, a record for the division that still stands.  He also won 6 Non-Ford features that year, for 23 overall victories, a record that stood for 53 seasons.  On June 4th, he swept twin Modified features plus won the Non-Ford feature for a record 3 feature victories in one calendar day.  This record also still stands today, but has been tied twice by Keith Rocco.

In 1969, Don Collins drove the Billy Simons #9 'Excavator Special' coupe to his 5th Modified Championship at the Speedbowl, the most by any driver at the time.  Collins started the defense of his title by finishing 2nd in the 1970 season opener, but then abruptly retired on the spot after the race.  He never competed at the Speedbowl again.

Don Collins was inducted to the New England Auto Racing (NEAR) Hall of Fame in 2005 and remains widely regarded as one of the best drivers in New London-Waterford Speedbowl history.

all photos by Shany Lorenzet unless credited otherwise 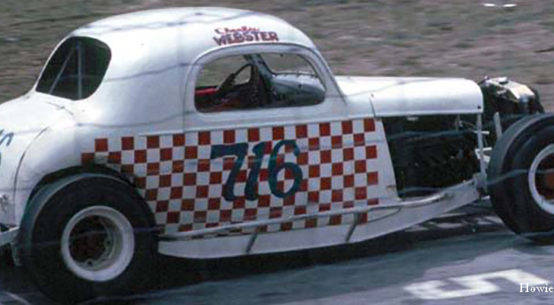 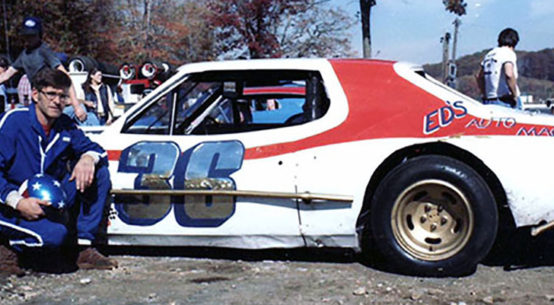